What Does Tithe Mean?

The Bible is full of stories about ancient coins, animals, and food being placed into jars as an offering to God. In addition, the Old Testament tells us that God's people should follow the law of tithing. This means that they have to pay a certain amount of their earnings to the church. The church then uses the tithe that they received for the upkeep of the church to provide benefits to its members and to expand its ministry. Tithes are also used for charitable purposes if the church has enough reserves. Continue reading to learn more about the tithing.

What is the meaning of tithing?

Tithing is an important doctrine in Christianity because it shows both discipline and respect. It also teaches us to be generous with what God has given us, which leads to a fulfilled life. The Bible tells us that our earnings are not ours but are only lent to us by God so, being generous with it reflects our gratitude. The Bible teaches us not to withhold any of our earnings from God even though we may lack or need some additional money for ourselves or for our family. Giving should not be viewed as an extra expense but more of savings.

Tithing is an ancient practice in most religions, including Christianity, Judaism, Buddhism, Hinduism, Islam, Sikhism, etc. However, in Christianity, Christians give ten percent of their income to God.

The origin of tithing

Are you wondering what a tithe is and what the origin of the word is, then read on.

The word "tithe" comes from the Ancient Greek word "dekate." It means "a tenth part." In general, this term is used when talking about giving one-tenth of your earnings to God. Christians have been doing this since the time of Abraham and Moses under their laws. It has even become a spiritual law in Christianity and is practiced by its followers till today, and it is done voluntarily and not required by priests.

Get my FREE graphics!

What does tithe mean in the Bible?

"But nothing that a person owns and devotes to the LORD—whether a human being or an animal or family land—may be sold or redeemed; everything so devoted is most holy to the LORD. "No person devoted to destruction may be ransomed; they are to be put to death. A tithe of everything from the land, whether grain from the soil or fruit from the trees, belongs to the LORD; it is holy to the LORD. Whoever would redeem any of their tithe must add a fifth of the value to it. Every tithe of the herd and flock—every tenth animal that passes under the shepherd's rod—will be holy to the LORD." -Leviticus 27:28-32

In Christianity, tithing is a practice of giving 10% of what you have to God. This is known as the "tithe" or a tenth part. Christians choose to do so voluntarily on their own accord for God, and He has accepted it as an act of generosity and thanksgiving for all the blessings they received from the Heavenly Father throughout the year.

Tithing first appeared in the Bible when Abraham gave one-tenth of his spoils to Melchizedek, king of Salem. These tithes were given as tribute and inferred there must be a greater priesthood than Aaron's (Hebrews 7:4). It was not until much later on in Genesis chapter twenty-six that we learn about Jacob promising an additional tenth if it meant returning home safely from exile - but this time around, he has been provided with detailed instructions by God Himself!

"Jesus sat down opposite the place where the offerings were put and watched the crowd putting their money into the temple treasury. Many rich people threw in large amounts. But a poor widow came and put in two very small copper coins, worth only a fraction of a penny." - Mark 12:41-42

One of the most popular verses in connection with tithing is this one from Mark chapter twelve, which mentions Jesus saw how much his followers had given to God during His time when He was still here on earth. This is also considered as one of many examples of why Christians are encouraged to give at least ten percent of what they have earned or any income that they have received through work back to God.

However, some Christians believe that this particular verse does not yet apply to what tithing is all about, and they even use it as a basis for their own interpretation of the scripture. Some people think that this was just an example of how generous God's children were during Jesus' time, and it holds no real meaning today. The fact of the matter is, according to this biblical verse alone, we do not know whether or not giving ten percent back to God has been established by Moses already since we only know that some people have offered large amounts, which means that there must already be another law in place at that point in time — but then again — we do not really know! However, one thing is certain, the practice of tithing is still around today, and many Christians are still practicing it because they know that this is really pleasing to God.

What is the true meaning of tithes?

When it comes to the word tithe, there are many different definitions. However, if the question is, what is the biblical meaning of tithing, then there is only one definition that should be accepted. A tithe and offering in Christianity refers to giving God 10 percent of your income or other earnings. Therefore, it can be practiced by all Christians who want to give back a tenth part of what they have earned through their sweat. The practice of giving a tithe is also called a "tenth" or the ten percent rule because it requires people to give 10% of their income as an offering for God. This has been practiced since Moses told the children of Israel about this during their time when they were living under paganism and idolatry.

Why do we pay tithe?

Tithing is an important aspect of Christianity because it proves to God how obedient and faithful we can be. In other words, when we give ten percent of what we have earned or any earnings that we have made through the year, then this shows how much faith and trust we put in Him. Paying tithes is also known as a way of expressing our gratitude towards the Lord. It expresses how much we love God and, therefore, will try to give back in some way or form.

Where does Tithing 10% come from?

Tithing 10% of our earnings comes from the Bible. Tithing 10% is proven in Leviticus 27:30-33. It tells us that everyone who brings his tithe into the storehouse shall be rewarded in giving this offering to God by having plenty or more than enough left over for all their needs (Proverbs 3:9-10).

How to tithe correctly?

Tithing is a very easy thing to do and can be done in many ways. Some Christians tithe by cash, but there are also those who use checks as a mode of payment. Whatever you prefer for your Tithing to be done — it's fine, as long as you know that what you gave back to God is rightfully His and not yours.

In order to tithe correctly, you must make sure that you are taking into account all your earnings and not just the money that is left over after you pay your expenses. In addition, you must remember that what you give back to God should be the tenth part of everything that He has blessed you with — not just ten percent of the final balance in your bank account after all your dues have been paid.

Adding up all the things that you have acquired throughout the year — your wages, monthly salary, income from your business or employment, and any other earnings such as bonuses, commissions, and interests.

Why is it important to tithe?

The importance of Tithing lies in the fact that it really pleases God. Giving back ten percent of our annual income or what we earn through our sweat shows how much faith and trust we put in Him since He is a good God who wants nothing but good for His children. It will also strengthen our relationship with Him even more because He knows what we can do without sacrificing something real for us.

What happens when you tithe?

In as much as Tithing itself is a very simple practice, there are still some things that you need to know about the action. For instance, when you tithe or give ten percent of your earnings as an offering to God, this will make Him pleased with you (Malachi 3:8-11). When God becomes pleased by what you do for Him — He will reward you, no matter who you are! The Lord will also grant His favor unto all those who obey his commands (Deuteronomy 28:1-14).

Tithing also opens up spiritual doors for the blessings of God to reach what you have. This is because there are no limitations when Tithing. If you give something, it will show God that you really believe in what He has done for your life and how much He matters to you.

There are many reasons why Christians should tithe. Tithing should be an important part of our lives. Paying your tithes shows how much you love God and is also a great way of expressing your gratitude towards the Lord. Finally, Tithing will open up so many doors for good things to come into your life because God loves you so much. 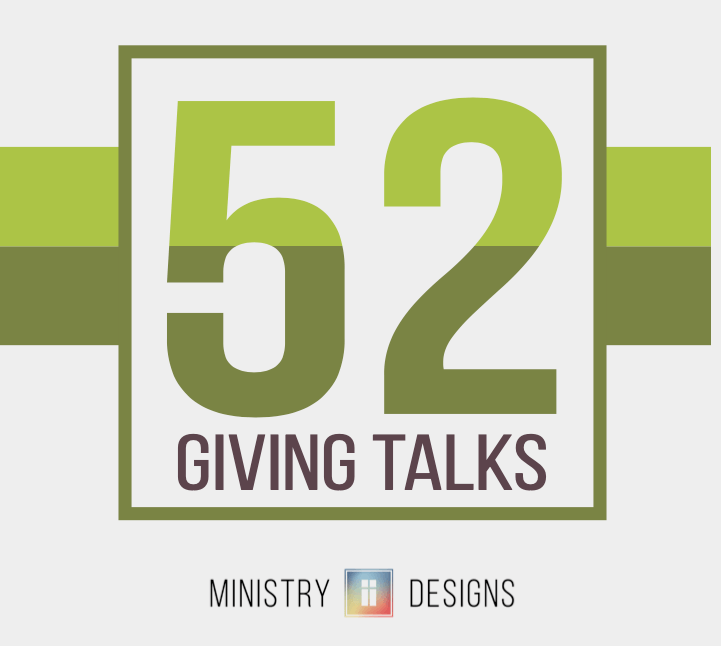 Are Your Giving Talks Increasing Your Donations?